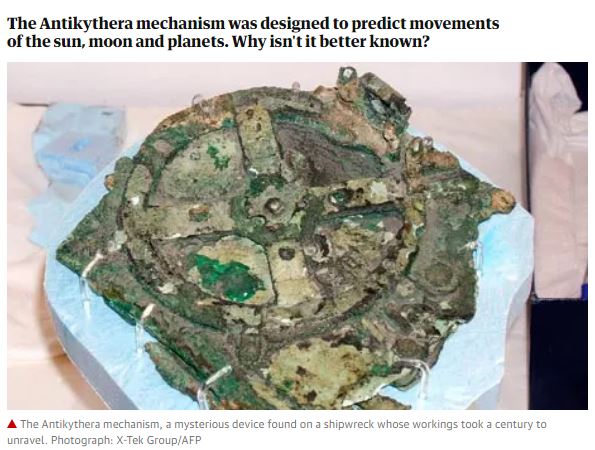 A treasure, presently of inestimable value, was recovered from a shipwreck at the Greek island, Antikythera, NW of the island, Crete, in 1901. This small island is strategically located across the route from the Aegean Sea into the Western Mediterranean and known to have been the haunt of pirates for centuries. This remarkable find takes the form of a complicated piece of bronze clockwork or automaton, and has taken the subsequent interval of time for scientists to reach some working understanding of it, a process which is still in progress. It was recovered from a ship built of elm, constructed circa 200 BC, and has been labelled the ‘2000 year old computer’ and the ‘Antikythera Mechanism’.

The shipwreck is said to have occurred about 40 -70 BC, after its remains were first reported in the modern press in 1900, and took many more years for the site to be assessed and  salvaged. The remains of a second ancient shipwreck were also discovered nearby and magnificent discoveries are still being studied and admired. Experts and archaeologists had not previously known of the shipwreck sites, and for many years, could not understand the intricate clockwork design of brass and bronze. The existence of such a machine was ‘unknown’, as was any possibility of its technology.

When the Secretary of Defence, Donald Rumsfeld, regurgitated the conceptual phrase, ‘known knowns, known unknowns and unknown unknowns’ in 2002 he was already on a hiding to nothing. Attempting to explain the reasons for invading Iraq and the subsequent hunt for the elusive weapons of mass destruction, he proffered thinking which included the above. He was ridiculed by PC intellectual linguists but he left us with the phrase, which has become one of the most commonly quoted in the constantly evolving English language. Moreover, he also left us with the erstwhile reminder that, we should never cease to question.

Believing that because we can send spaceships to the planet Mars to investigate its surface, we are advanced; might be described as nieve. Stepping onto the apron of a universe we have little understanding of, into a space of unknown boundaries, is truly an adventure into a myriad of ‘unknowns’.

We can develop genetically modified vaccines in a fraction of the time it took just ten years previous, but we were unaware that it might take even longer to perform the seemingly rather simple task of inoculation, a procedure almost as old as the mechanism itself and in more general use since the 16th century. It was also unknown that a deadly virus would become a precursor to ‘vaccine nationalism’! We have arrived – but where are we?

Possibly located and salvaged at some earlier time, the Antikythera shipwreck(s), as it has become known, was rediscovered in 1900 by a group of Turkish sponge divers sheltering on their vessel from bad weather in the Bay of Antikythera (Cerigotto). Not wasting down time, the divers continued their search for sponges and located this shipwreck. A number of bronze statues were first located and the Greek authorities were informed. Greek naval divers continued recoveries which included a considerable number of beautiful cast bronze figures and then the mysterious mechanism.

The finds occupy pride of place in the National Museum, Athens. The site was investigated again after WWII by Jacques Cousteau, making it known to millions around the world with TV. There are ongoing investigations at these sites and new discoveries continue to surprise. Of special interest is the bronze disc that is the same size as the mechanism, with an image of a bull engraved on it. The bull is of significant interest in Greek mythology and history, especially on the nearby island of Crete. 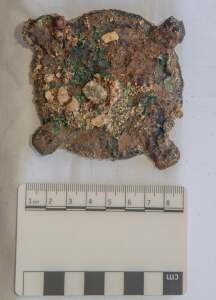 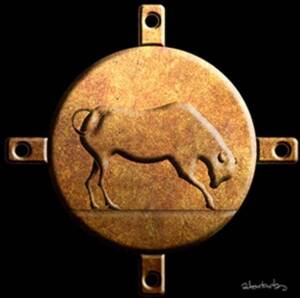 The Antikythera Mechanism or the 200 year old computer has proved a wonder to experts. Aside from the intricacies of the machine, it is also interesting that it has been called a computer, when there was no such thing as a computer, as we know them today, in 1900, never mind 200 B.C. (Note1.) However, there were computers – men who were called ‘computers’, who computed. It is of course an ancient Latin word and a computer was a man, usually, and one who computed, or made computations. They were predominantly mentioned calculating revenue – land areas quantities of food production, and even during ship design.

Note 1. Charles Babbage designed what were later called mechanically operated computers, Difference and Analytical Engines (1822 & post years.), that could complete complicated mathematical calculations, which might be compared to the later mechanically operated calculators and cash machines. A machine was constructed from his original drawings and confirmed that Babbage’s designs were viable.) 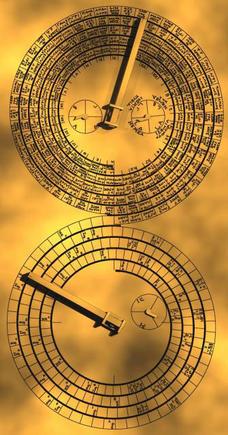 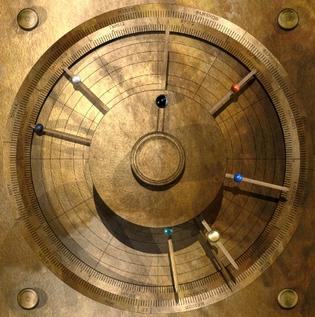 Computer modelling of rear and front plates of the Antikythera Mechanism. Wickepedia 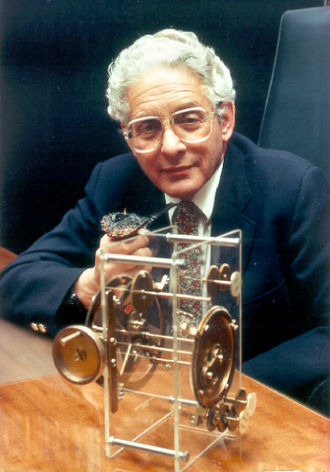 A model recreation of the Antikythera Mechanism by Dr. Derek De Sola Price.

The surviving 30% of actual parts from the Antikythera Mechanism have been reproduced, and from engravings on the metal parts, the remaining missing parts have been recreated and added in the reconstruction of a model. The finished machine has suggested to experts that it was a time or planetary calendar of some kind. Its precise function is still unresolved.

The ancient Greeks had excellent mathematics but such an advanced knowledge and application of it as a science, in this case, to create the metal parts that would operate to predict planetary movement, was unknown, until this mechanism was found. How they conceived such calculations and had the ability to construct and machine the parts by hand, is still being investigated. Moreover, having overcome the Flat Earth philosophy, what happened to such technology after it disappeared into the Dark Ages? 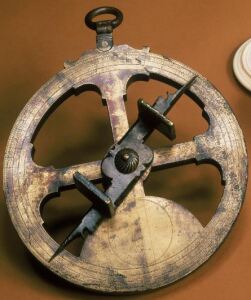 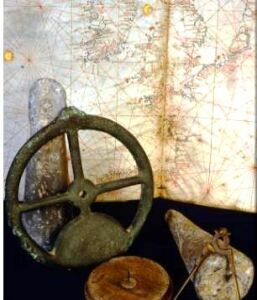 The Antikythera machine is strikingly similar to the astrolabe, a forerunner of the sextant, which was used by ancient mariners to navigate. Two of these were found on the coast of Ireland, believed to be from shipwrecks of the Spanish Armada of 1588.